With the onslaught of expansionist-oriented Executive Orders, presidential memos, proclamations and questionable appointees by the current administration in a short time, our staff and activists have been on the offensive. While many are reeling and feeling demoralized, we are mustering every resource we have to inform the public of the negative consequences of undoing the hard-won reforms of the prior administration.

Although important wage rule changes that would have effectively stopped the H-1B visa cheap worker pipeline have been either delayed or rescinded, there is some sunshine sneaking through. Professional unions such as the IEEE and IFPTE have received assurances from the Biden administration that the Executive Order signed by President Trump on Aug. 3, 2020, that bars federal agencies from hiring foreign workers over U.S. citizens or Green Card holders will not be reversed.

Agency heads are required to submit a final report of their findings on the federal government’s use of foreign labor to the Office of Management and Budget later this month. We’ll know more then.

Other January Happenings
Our sister project, Doctors without Jobs, kicked off the year with a summit in Washington, D.C., culminating in a rally to spotlight the issue of U.S. doctors who can’t practice medicine because they have been denied residencies at U.S. teaching hospitals, even while more than 40,000 doctors from other countries in the last 10 years have been given U.S. taxpayer-funded residencies. Our campaign included a video asking the Association of American Medical Colleges (AAMC) why it isn’t doing more to help doctors who aren’t working – even in a time of a doctor shortage and during a pandemic: 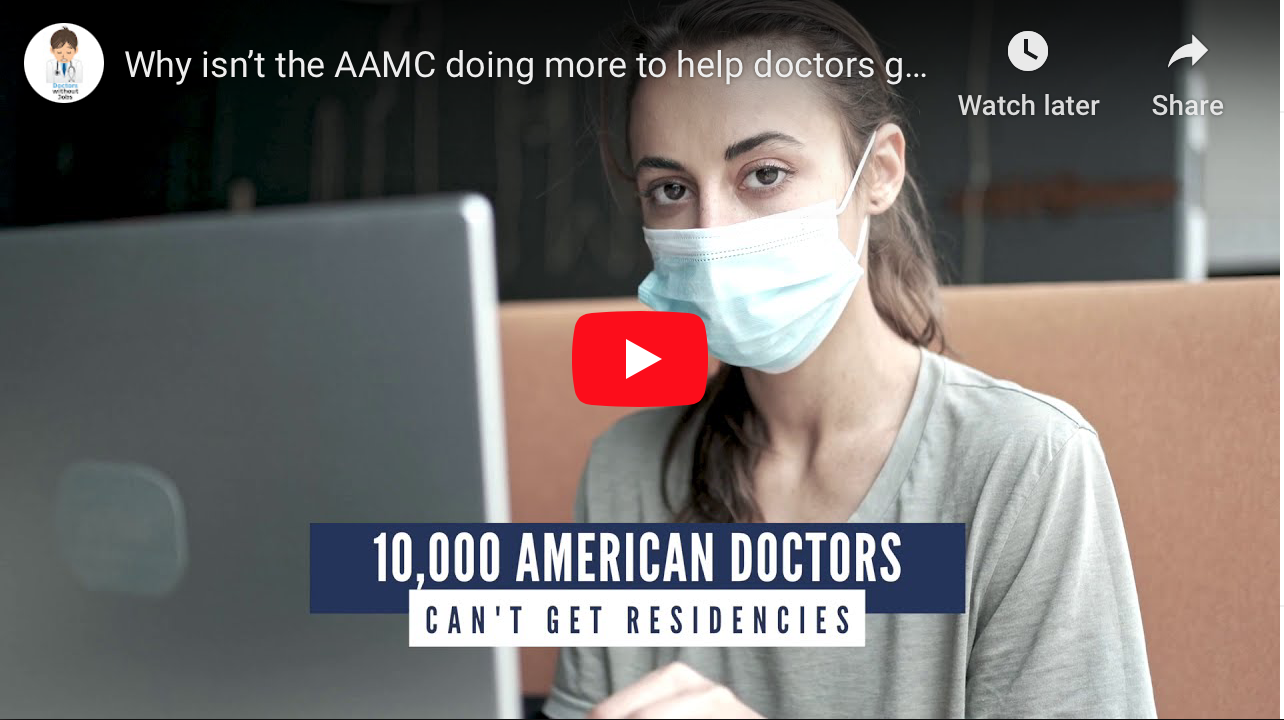 See a recap of the D.C. activities in this post: “Number of Doctors Denied Jobs is at Crisis Level.” The issue of doctors being shut out while we import doctors from abroad is yet one more indicator that there are no professional services that have not been negatively impacted by the importation of foreign labor.

Know that the neoliberals – those who seek the unrestricted movement of people and capital across international borders for the sole purpose of maximizing profit – want us to be demoralized and made to feel inadequate. They want us to shop rather than exercise our civic duties and responsibilities. They have been waging this campaign for decades and have, to a large extent, been effective. But also know we have the collective power within us to stop them and create a more just, fair and moral world.

I can’t think of a better person than Winston Churchill to draw inspiration from. The situation was pretty gloomy in 1940 when the British prime minister spoke to the House of Commons of the U.K. Parliament. But he knew that if the people of Britain worked together, they would win the fight to repel Nazi Germany:

Want to help us push back against bad policy that hurts American workers?
Please consider contributing here.
Thank you!