This week we again crashed a webinar featuring an august group of panelists chomping at the bit to convince us of the dire need for more skilled foreign Science, Technology, Engineering, and Mathematics (STEM) workers. Unlike the UC San Diego webinar I wrote about in the last newsletter, this group was hell bent on persuading us that foreign workers are essential for our “national security.”

Hosted by the Brookings Institution, a Washington ivory tower “think tank” that’s been around since 1916 and ostensibly conducts research and education in the social sciences and primarily in economics, the webinar panel included two former national security officials, a former acting Deputy Secretary of the Department of Defense (DOD) and a retired four-star Army general.

As the acting Deputy Secretary of Defense during the Obama administration, Christine H. Fox was the highest-ranking woman to serve in the DOD. Earlier in her career, she had the distinction of being characterized by actress Kelly McGillis in the movie Top Gun. She’s now a fellow at the Johns Hopkins Applied Physics Laboratory.

My first thought was wow, they rolled out the big guns for this webinar! With that level of firepower aimed at us, you’d think their opinion would be that having foreign tech workers accessing and managing the federal government’s sensitive information was a bad thing, that they might easily be swayed. Who knows, we might even have experienced a “road to Damascus” moment, a gestalt, or, gasp!, a change of perspective regarding our views on foreign tech workers.

But, nope! Instead of facts and anecdotes demonstrating how foreign STEM workers improve national security, we were subjected to 47 minutes of hand waving and cheerleading of the deep state’s talking points on employment visas. They should have just brought in someone from FWD.us (an organization founded by Facebook CEO, Mark Zuckerber) and skipped the middleman.

During the discussion, Fox said the U.S. wouldn’t be able to handle the industry reshoring of the semiconductor industry because of the lack of talent. Truth be told we’re having difficulty finding workers, because the industry job growth has been stagnant for the past seven years. There’s only about half the number of workers today compared to the year 2000. Last year in a Washington Post interview with tech reporter Cat Zakrzewski on the semiconductor industry and shoring up the supply chain for greater resiliency, Intel CEO Pat Gelsinger had this to say: “Yeah, a very good and important question, Cat, because one of the things, you know, as I've come back to be the CEO of Intel now for the last five months, that we need a more resilient but also globally balanced supply chain. And, if we were sitting here in 1990, the U.S. would be building 37 percent of the world's semiconductors. Europe would be building 44 percent and Asia the remainder. Well, now it's 12 percent in the U.S., 9 percent in Europe, and almost 80 percent in Asia. We've become too concentrated, and the world was focused on cost of supply chain as opposed to resilience of supply chain. And this has been the case across many industries, PPE, vaccines. We've seen this in many industries where, all of a sudden, everybody is waking up and realizing resilience of supply chains is way more important, and we somehow got lulled into sleep over the last decade.”

Net, net, all the hubbub about Asia being the locus of talent and innovation is the direct result of American offshoring decisions and business practices. The U.S. has the talent to fill these manufacturing jobs because not long ago, those jobs were right here at home. And, we should be restoring these jobs to support our domestic workforce!

Defense officials like Fox and Votel may want to onshore STEM jobs but they don’t seem to want to hire U.S. citizens to do them. My take is they’re ignoring Americans due to their blind spots; Fox is blind to the recent problems of the U.S. semiconductor industry, and Votel is blind to his business clients' role in weakening our critical supply chains.

A repeated claim during the webinar was “the DOD has a STEM labor shortage,” and Christine Fox even said there’s a general labor shortage for STEM talent.

Really? Per the DOD’s own reporting there aren’t any critical shortages of STEM workers. In fact, according to The STEM Workforce Needs for the Department of Defense report, "it is unlikely that the United States will suffer from an overall shortage of scientists and engineers." And there’s "little evidence that this issue will directly impact DoD's ability to meet its personnel needs."

Even more damning to Fox, there’s "no projected shortage of STEM workers for DOD and its industrial contractor base."

While granted, there are some exceptions, primarily for "specialized, but important, areas — such as cybersecurity and selected intelligence fields," there’s a relatively simple solution to the problem…train and provide job experience to U.S. citizens!

Recruiting more entry-level IT workers from abroad doesn’t equate to more cybersecurity specialists. Sadly, the real culprit here is the DOD and the problem is about the management of demand, and not about supply.< When General Votel said, "it takes months to get people on board" and notwithstanding the process of getting security clearances, that’s really an indictment of poor DOD personnel procedures than it is a lack of U.S. based STEM talent. Both Votel and Fox failed to discuss the infamous entrenched bureaucratic structure at the DOD. Maybe it’s because they’re products of that very bureaucracy? Like me, I’m sure you recall the scene in Top Gun where Charlie is introduced to the class: “One of the most qualified is call sign Charlie,
With a Ph.D in astrophysics.
Listen to her because the Pentagon listens to her about your proficiency.
All yours Charlie.”

Well, if this is the person the Pentagon is listening to, you can see why we’ve been having the devil of a time winning wars over the past several decades.

As for Votel, if anyone should understand the national security implications of giving foreigners access to federal government data systems, it should be the guy who commanded SOCOM! But operational security awareness seems to have run off him like water off a duck’s back.

I’m a former Army counterintelligence officer, and I’m flabbergast that DOD senior management are not deeply concerned with the vetting of foreigners handling sensitive government data. U.S. Tech Workers submitted questions and live-tweeted during the webinar asking the panel to address the risk posed by these foreign workers.

While the panel acknowledged some risk, they were dismissive of the decades-long tsunami of evidence on corporate espionage and tech transfer. FBI Director Christopher Wray has warned the Chinese Communist Party has "engaged in physical theft, and they've pioneered an expansive approach to stealing innovation through a wide range of actors," including "certain kinds of graduate students and researchers." The FBI is currently investigating over a thousand cases of Chinese technology theft of research from American universities and companies.

What good does it do to build a secure network only to have those managing it be of questionable loyalty? Bringing more foreign students and graduates from Asia doesn’t strengthen national security – it weakens it!

Generals like Votel are prized recruits for beltway crapweasel firms like BENS because they can deliver business executives access to Pentagon officials. And it’s lucrative; Votel is paid over half a million dollars a year, flies first class,  and receives a housing allowance. A good gig to say the least.

Both Fox and Votel have signed a letter, along with a cadre of other former national security officials, pleading the case for importing more foreigners to fill STEM jobs. They’re even urging Congress to exempt foreigners with an advanced STEM degree from green card caps. That policy change would mean anyone with a doctorate degree in a STEM field could gain entry to the U.S. notwithstanding the quality or authenticity of their degree.  It’s the equivalent of saying a piece of paper equates to talent even if the institution granting the degree is a papermill college or a complete fabrication.

Suffice to say, neither of these defense officials has a desire to prioritize American workers first for government jobs. But someone else once did.

In 2020, President Trump made it a priority to safeguard the federal government from the globalists that fund the likes of Fox, Votel, The Brookings Institution and Johns Hopkins. He recognized there were 18,000 federal government jobs filled by temporary H-1B workers who presented a national security risk and that Americans could do the job better.

He signed an Executive Order initiating a department-wide audit on government hiring practices and forced agencies to focus on U.S. labor in government contracts. If that Executive Order were implemented by the Biden administration today, the federal government, including the DOD, would be a safe haven for our domestic tech workers.

It's obvious the Brookings Institution and UC San Diego webinars were designed to push the globalists’ agenda and especially at a time when those interests are trying to inject employment visa friendly amendments into a slew of bills — the COMPETES Act and the National Defense Authorization Act.

But, one wonders why those supposedly formidable talking heads put in front of us were such straw men.  At one point during the event, Fox replied, “I’m not an immigration expert.”  My reaction, then why on earth are you on a panel discussing immigration policy?!

I suppose we should be grateful. We forced them to discuss displacement of U.S. tech workers and the national security consequences.

In the end, we ate ‘em up like catfish!

In reply toInOtterWords
@In_Otter_Words @trueElDerecho That’s not what he implied or said. It’s also interesting how you went quiet and couldn’t solicit a response to the below. Your arguments are all based on companies operating with integrity; obeying the laws of the free-market; when everyone knows that isn’t reality. https://t.co/aj0AFPkxqp
View on Twitter 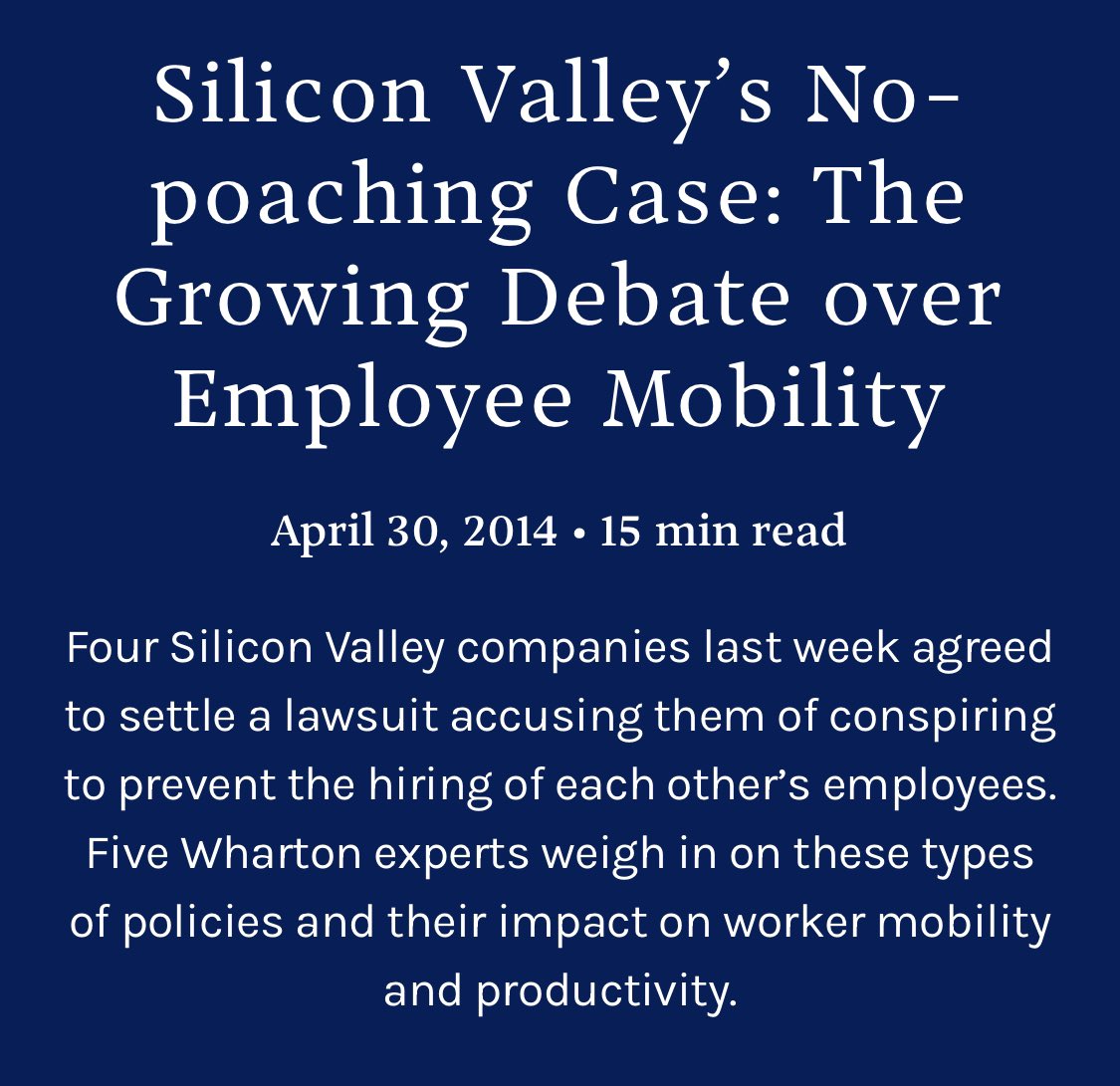 U.S. Tech Workers@USTechWorkers
@In_Otter_Words @trueElDerecho If Big Tech companies are interested in paying the market rates, why are they constantly indulging in tactics to tamper with the wage-mechanisms? Outsourcing wouldn’t even be a business model if companies were happy to pay market rates. https://t.co/oSrNHCKqYQ
0
3